To optimise the use of this small site to provide a contemporary single dwelling, the development was totally within the footprint of the existing house, excluding the rear deck spaces. The brief was to renovate the exterior and modernise the interior of the existing structure.

The bedrooms on the lower level were refurbished, with a new bathroom and laundry with access to the rear yard. A new stair well was built up to the main level which comprises an open plan kitchen/dining room, a formal living room and TV room.

Apart from opening up the interior of the house, one of the two principal ideas was to make the kitchen the centre of the home. It would feature as a place for people to gather, while enjoying Harbour views through new openings in the northern facade, with existing windows enlarged on the eastern side, to allow access to a large new timber balcony. An existing opening to the rear of the new dining room, was widened to form new French doors to the balcony.

The second main move, was a separate master suite on the upper level of the house. This level was rearranged to include the master bedroom, plus an ensuite, study and walk-in robe. New openings on the northern elevation, also take advantage of views to the Harbour.

The street garden and carport were redesigned and rebuilt, with new landscaped giving a grander and more formal entry to the house. 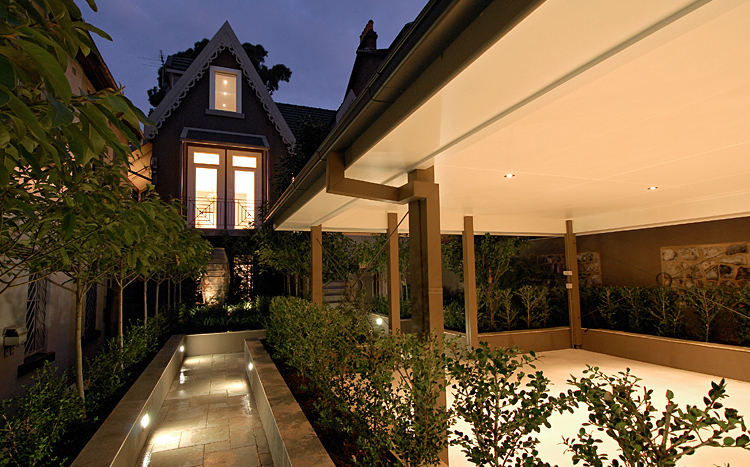 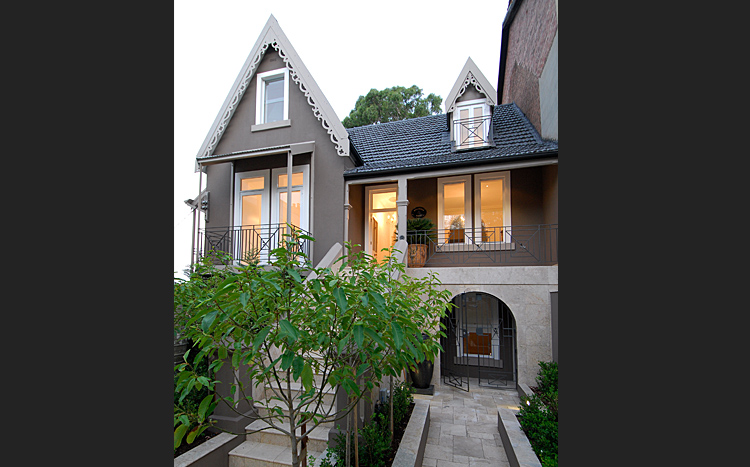 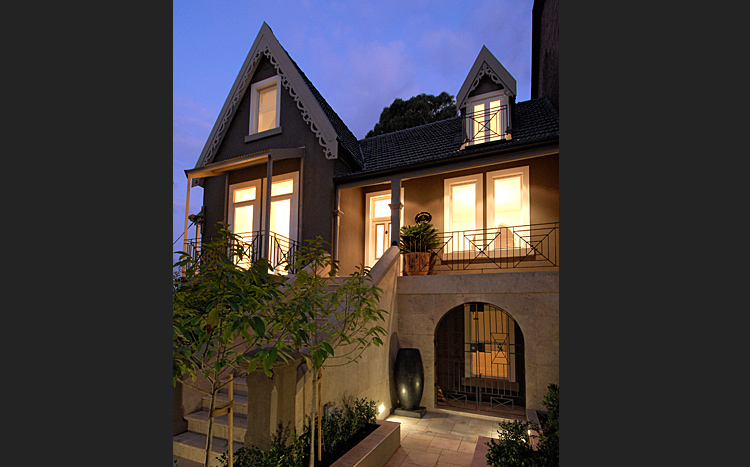 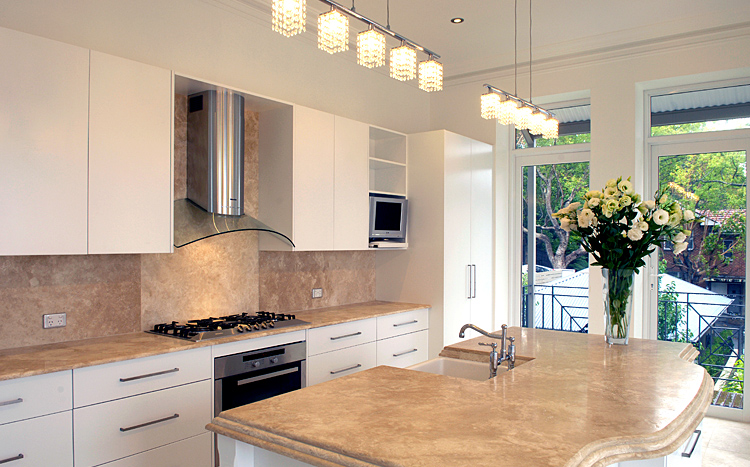 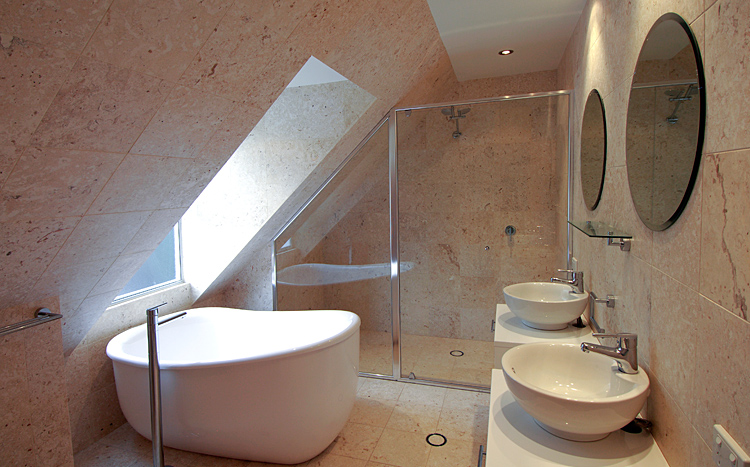 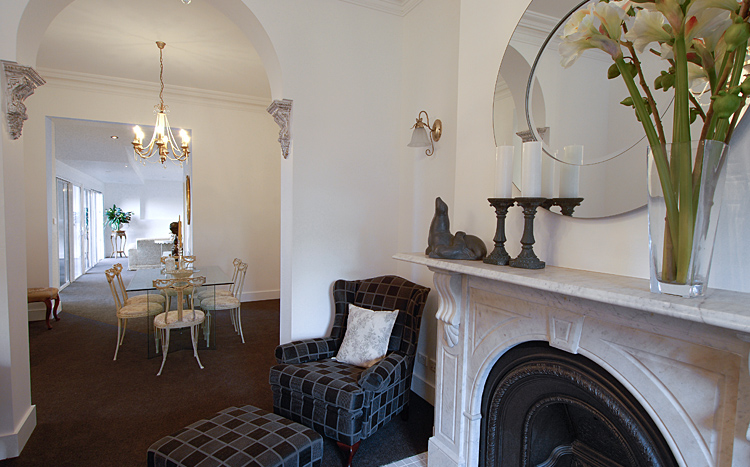 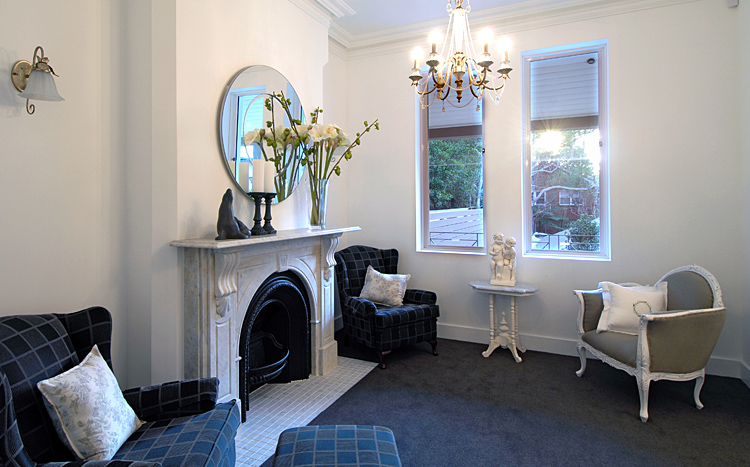 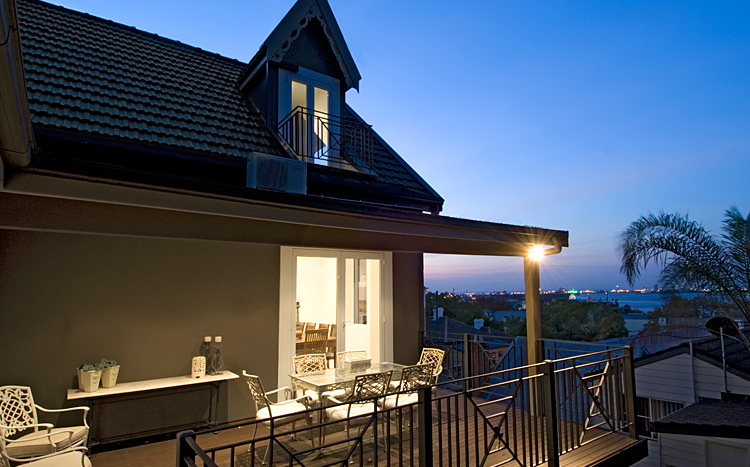